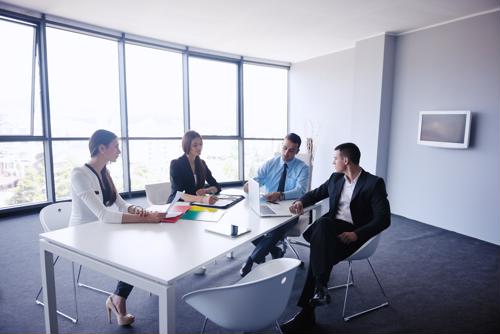 A number of wide-sweeping tax reforms will impact how your company hires for essential positions, whether in the C-suite, mid-management or junior level. With the C-suite in particular looking at impressive compensation raises, executive searches are likely to remain highly competitive. Passive job seekers, seeing that positions have overnight become more lucrative, may become much more active as sought-after positions become available.

On Dec. 22, the "Tax Cuts and Jobs Act" became law. Among its many provisions are temporary tax cuts for individuals as well as permanent tax cuts for corporations. Here's a quick review of the major changes:

According to section 13001 of the bill, the new corporate tax rate is set at a fixed rate of 21 percent, down from the previous rate of 35 percent. The bill also repealed the corporate alternative minimum tax. Investopedia reported that the new rate places the U.S. just below the weighted average of EU countries, which currently sits at 26.9 percent.

The new law also impacts taxes collected from business conducted abroad. An assessment from the Harvard Law School Forum on Corporate Governance and Financial Regulation reported that subsidiaries of U.S. companies on foreign soil will be taxed at half – 10.5 percent – the rate of U.S. based businesses.

Whether your organization does business on domestic soil or abroad, it will see financial improvements as a result of these reforms. How your organization uses those extra resources could impact how you search for executive talent.

Hiring for the C-suite

How your company hires for the C-suite is often an indication of your company's direction. Organizations that hire executive officers from within are likely profitable and confident of the future. When organizations look outside of the business for new members of the C-suite, it's likely an indication that the company needs to move in a new direction. However, this is a somewhat broad generalization that may not apply to your company's unique position in the marketplace. Forward thinking companies may want to see fresh faces in the C-suite because they plan on moving into a new technology space, for example.

Under the new tax law, current and incoming CEOs are likely to see an impressive boost in compensation. Bloomberg reported that salary increases for top executives could be in the millions of dollars. For broader context, it helps to take a look at how companies hire new CEOs. Equilar's Corporate Governance Outlook 2018 report found that approximately 80 percent of new CEOs were hired internally between July 2016 and June 2017. This shows that these companies are happy with their current positions and have effective succession plans in place.

But what about the rest of the C-suite? A 2016 volatility report from Crist Kolder Associates showed that, historically, CFOs are more likely to be outside hires, compared to CEOs. Between 1999 and 2016, 39.4 percent of CFOs were recruited from outside the company while 21.8 percent of CEOs were hired from external sources over the same period. Recent tax reform measures aren't likely to change these trends as they have remained relatively consistent, despite economic ups and downs.

Hiring for all positions

Significant corporate tax cuts will mean that your organization will be able to compensate manager, director and junior-level positions more competitively. This is important to note because the current jobs market is extremely tight. With unemployment rates at record lows, competition for all positions will continue to be fierce.

Companies like yours that leverage tax cuts into bold new hiring strategies may be able to attract desirable candidates away from competitors. If your organization is ready to find qualified professionals, connect with an EBC Associates consultant today.